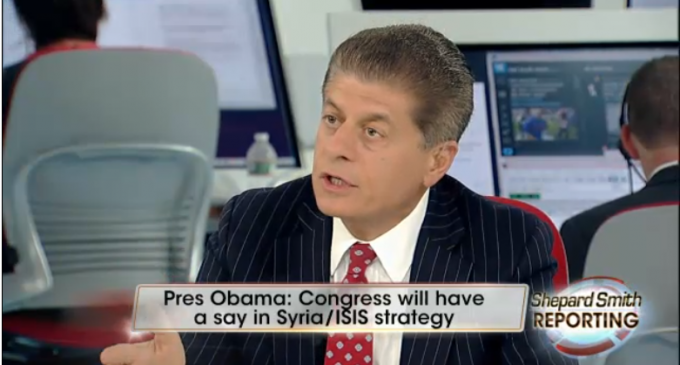 According to Judge Napolitano, ‘Obama could decimate ISIS tomorrow’ and completely legally, under the War Powers Resolution of 1973, which states that the president can dispatch troops anywhere in the world for 90 days for military hostilities.

The president only needs to give Congress notice, along with a few requirements, to get this situation handled. The president can add another 90 days if he wishes for a total of 6 months of military action, sufficient time to wipe out ISIS.

Of course, Obama hasn’t completely opened our borders for terrorists, which was planned for in advance,  given vast arms and money  and, lately, Toyota trucks to terrorists for nothing.

He wants them to flourish, being a terrorist himself and politicians, sheriffs and judges are finally calling him out.

Obama is attempting to destroy America in order to create a communist state out of the rubble. He is preparing for this event by militarizing law enforcement and federal agencies, weakening our military, and building up a police state.

According to that resolution, the president must only give Congress notice, and, with a few additional requirements, the president can add another 90 days, giving him a total 180 days he can pursue U.S. military action on his own, without the consent of Congress.

“The question, then, is not a legal one. The president could decimate ISIS tomorrow. Military personnel have stated it could be done in 90 days, and certainly in 180 days.”

Napolitano said the questions are: Does Obama have the political will to take military action? Or, does he prefer Congress takes the political heat? And can it be done in an election year?

Napolitano concluded, “Bottom line: This is up to the personal will and courage of the most unmilitary-like president of the modern era.” 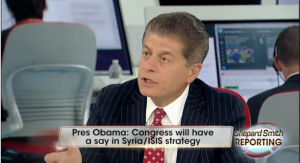