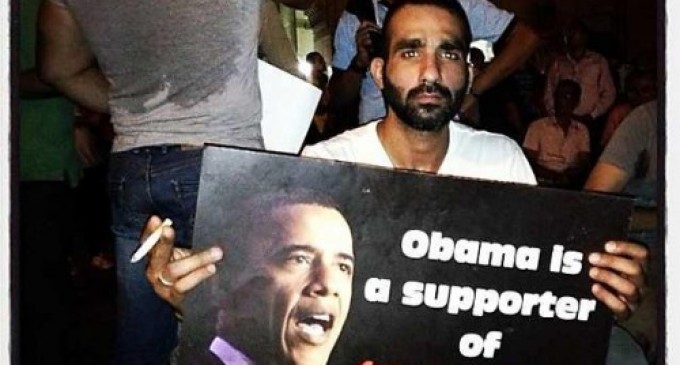 Obama's treason in giving arms to Al-Qaeda in Syria is about to be topped as he has requested to give our enemies $500,000,000.

These ‘moderate extremists' have already promised to attack the US and Britain and have been known to commit very brutal acts like killing people using baking ovens.

But, I guess they are moderate if you compare them to Obama himself, who does everything from kill children by the hundreds with drones to bait children to cross very dangerous lands to use them as a pawns in order to destroy a nation.

President Obama asked Congress Thursday for $500 million to train and arm members of opposition forces in Syria, part of an effort to stem insurgent violence that has spilled over into neighboring Iraq.

The proposed assistance can “help defend the Syrian people, stabilize areas under opposition control and facilitate the provision of essential services, counter terrorist threats, and promote conditions for a negotiated settlement,” the administration said in its budget request to Congress.

Potential recipients of the money — opponents of the Syrian government headed by Bashar al-Assad — will be vetted, officials said. Lawmakers have expressed concern that weapons and money sent to Syrian rebels might wind up with enemies of the United States.

“This funding request would build on the administration's longstanding efforts to empower the moderate Syrian opposition, both civilian and armed, and will enable the Department of Defense to increase our support to vetted elements of the armed opposition,” said Caitlin Hayden, a spokesperson for the National Security Council.

The administration's budget request includes $1.5 billion for a “Regional Stabilization Initiative” that involves the Syrian opposition as well as neighboring countries Jordan, Lebanon, Turkey and Iraq.

Details of the assistance have not been determined by the Pentagon, but it will involve training outside Syria, possibly Jordan, said a senior defense official who spoke on condition of anonymity because the details were not authorized to be released publicly.

The military could train a small cadre of fighters who would then return to Syria to share their knowledge or it could mean training entire units of rebels, the official said.

Defense Secretary Chuck Hagel “has directed his staff to begin developing more detailed plans to carry out the train-and-equip mission, if approved by Congress,” Rear Adm. John Kerry, the Pentagon press secretary, said in a statement.

The initiative would be part of the “Counter-Terrorism Partnerships Fund” that Obama proposed during a foreign policy address last month at the U.S. Military Academy at West Point, N.Y. 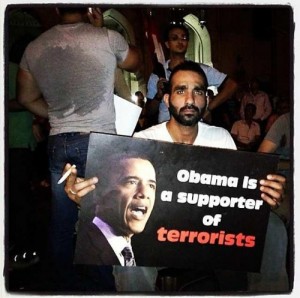