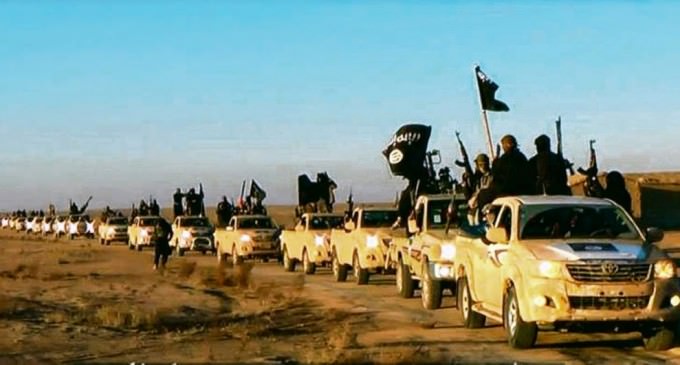 ISIS has acquired the convenience of 43 Toyota Hiluxes trucks, courtesy of the United States.

The Toyota Hiluxes were on the ‘moderate’ Syrian terrorist wish list, so Obama obliged their wishes and sent them a few. Of course, the ‘moderate’ Syrian rebel terrorists, as Obama calls them, turn into ISIS terrorists once the cross the border. So…ISIS grabbed the trucks, of course, and perhaps made a small Thank You Party for Obama before taking them them across the border.
Continue on page 2 for the full radio interview & all the details: