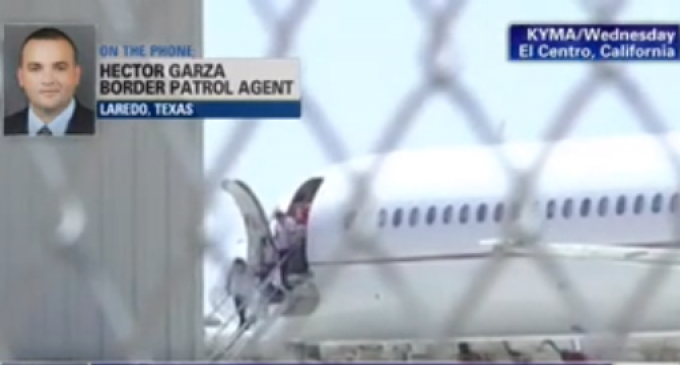 Border Patrol Agent, Hector Garza, stated on CNN that the federal government is “aiding, abetting and facilitating the smuggling of illegal aliens across the border”. He also states that the operation is “run by the drug cartels.”

As has been confirmed by a congressional report, Muslim terrorists are gaining entry into the US by claiming to be illegals.

Basically, Obama is granting terrorists entry to the US by providing cover in the form of an immigration crisis with the help of Mexican drug cartels who's paid off with guns.

This is truly scary and an emergency situation.

How long till we see the wildfires start that Al-Qaeda is now calling for? One surmises that they will commence when Obama is happy with the number of terrorists he's brought in and that they have been readied with their targets..

Seeing this so blatantly stated in mainstream media and in congressional reports tells us how late in the game of the loss of our country we are: everyone can know the exact criminal actions of our dictator-in-chief is taking to destroy the nation, yet nobody will do anything about it. This is the definition of despotism and would seem to be one of the final signs of America's coming collapse.