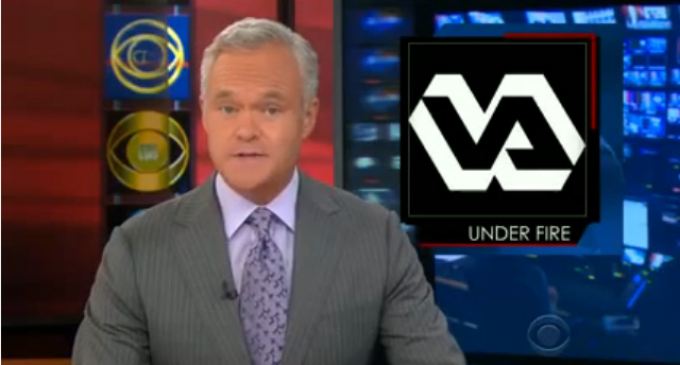 The Hines VA hospital in Chicago has multiple secret waiting lists to hide delays in patient care for our veterans.

We've already seen this happen in Phoenix, where upwards of 40 veterans died due to the wait times, now a whistleblower has come forward in Chicago.

VA executives get bonuses based on short wait times, so they commit this fraud, which is literally killing our veterans!

What does Eric Holder say about all this? “But I don't have any announcements at this time with regard to anything that the Justice Department is doing,” Holder told reporters. “This is something on our radar screen at this point, but there is an investigation being done by the [VA] inspector general, and we'll see what happens as a result of that inquiry and other information that comes to light in some form or fashion,” Holder also stated.

So Holder is doing nothing – going to let the people of the VA be their own police. Big surprise right?

This administration has been throwing vets under the bus all along – like seeing them shut out of the Veterans Memorial during the gov't shutdown when it would have been easier to let them in, stating they can't own guns if they are ‘financially incompetent',  reducing their pensions while increasing money to illegals, discrimination against vets by the DOE, bills to introduce a “Veteran Registry” and notify their community if they own a gun, etc etc.

Of course these traitors in Washington instinctively subvert our veterans, who are  a threat as they swore to defend this country against enemies, foreign and domestic.

And, one veteran may prove their fears valid. Harry Riley, COL, USA, Ret. will be marching on Washington in just 2 DAYS with millions of Americans. “Operation American Spring” scheduled for May 16th 2014, is staged for the removal of Obama, Pelosi, Holder and other politicians that have violated our Constitution, and for the restoration of our republic.

Attorney General Eric Holder said Tuesday that the Department of Justice doesn't have any plans to investigate allegations that veterans placed on secret waiting lists at VA hospitals died while waiting for care.

“Well, obviously these reports if they're true are unacceptable, and the allegations are being taken very seriously by the administration. But I don't have any announcements at this time with regard to anything that the Justice Department is doing,” Holder told reporters at a press conference.

“This is something on our radar screen at this point, but there is an investigation being done by the [VA] inspector general, and we'll see what happens as a result of that inquiry and other information that comes to light in some form or fashion,” Holder added.

According to CNN, at least 40 veterans died while waiting for treatment at one VA hospital in Phoenix. Members of Congress have said in recent weeks that the inspector general investigation is inadequate and have called on the DOJ to launch its own investigation.

“Because these cases involve individuals working in their capacity as federal employees, and these incidents have occurred at federal facilities throughout the nation, I urge you to work with the state Attorneys General in Arizona and across the country to investigate these preventable deaths thoroughly, determine appropriate criminal charges, and prosecute the offenders accordingly,” Rep. Tom Rooney, a Republican of Florida, wrote in a letter to Holder on May 1.

Holder's announcement that the DOJ doesn't currently have any plans to investigate the VA hospital scandal was made Tuesday afternoon at a press conference held to announce that the DOJ was filing a lawsuit against lenders under the Servicemembers Civil Relief Act, which caps interest rates on student loans at 6 percent for members of the military.

“We are here to announce a landmark step forward in our effort to achieve justice for victims of improper lending practices–and to protect the men and women of America's armed services from anyone who would take advantage of those who wear the uniform,” Holder said.