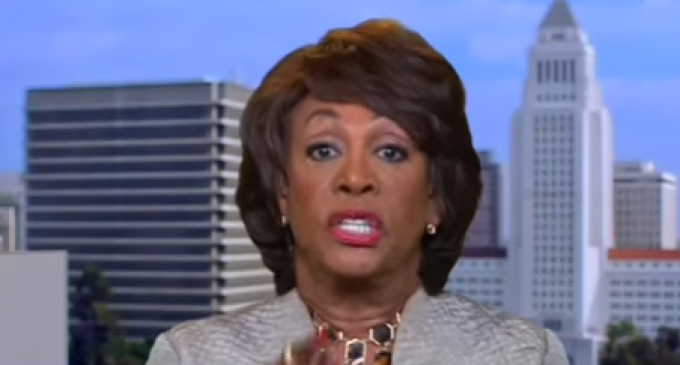 Maxine Waters has gone about a week without saying anything news-worthy, which is an eternity for the Democrat lawmaker.

Usually, she gets constant press and praise for her litany of anti-Trump attacks. They usually involve some kind of racism, sometimes include members of his staff, and are always complete nonsense.

Maybe she hasn’t been in the news because her schtick is getting old.

But she’s not giving up yet. Despite her failure to accomplish her “greatest desire” of  Donald Trump impeachment, Waters is still continuing her nasty and baseless attacks against the president.

Her latest follows all of her usual tropes — and includes trendy references to the KKK, as well. As her attacks get more extreme, so might her chances of getting sued. Winning a defamation case when you’re a public figure like Trump is nearly impossible — but considering Waters’ latest attack, Trump may soon have a case.