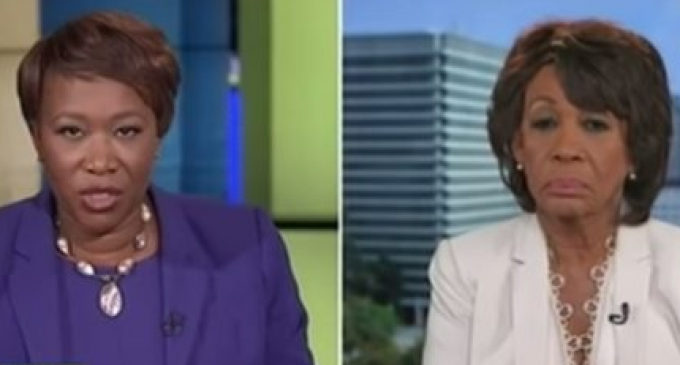 U.S. Representative Maxine Waters (D-CA) is confused.  I know what you're thinking:  “So, what else is new?”

Well, she's quite confused these days because she can't grasp why it is that we need actual evidence to impeach a president.  Yes, it's true that she “believes” President Trump to be guilty of a whole host of crimes.  I mean, I'm sure that if we dug deep enough, from her point of view, we could possibly connect Trump to the Kennedy assassination.  Heck, let's just say that he killed Kennedy.  Of course there's no proof…per se (recited in the most conspiratorial tone), but if we “believe” that he has committed unspeakable Voldemort-style crimes, then by all means, let's just skip impeachment and go straight to the verdict!

Maxine Waters continues to defy the odds of how long one can continue to display utter ignorance of U.S. laws and still manage to be reelected.  It is a complete mystery and one that begs the question:  Is Maxine Waters “impeachable?”

Let's slow down for a moment to digest what has transpired in the past 48 hours to have warranted yet another lesson in how NOT to represent your constituency.  Has Trump said or done anything that has been judged as having lied to the public?

The answer is “no”…at least not outside of the radius of mainstream media.

Has Trump committed some atrocity that may be an impeachable offense (aside from his “orange” complexion and hair which apparently is abhorrent to most Liberal human beings)?

Muslim extremists, on the other hand, HAVE done so, but that, of course, is excusable.  If we just take a moment to understand that these Islamist-radical youths have no other alternative but to detonate innocent people, then we would be more tolerant of wanton murder and cowardly mayhem.

So, I ask the question…

What is it that Misrepresentative Waters seems so confused about?  Is there some ultra-secret information that is so deeply concealed that no one seems able to dig it up?  Does Hillary have something on the unclean server hard-drive that was never detected that points to some devious motive of the president?