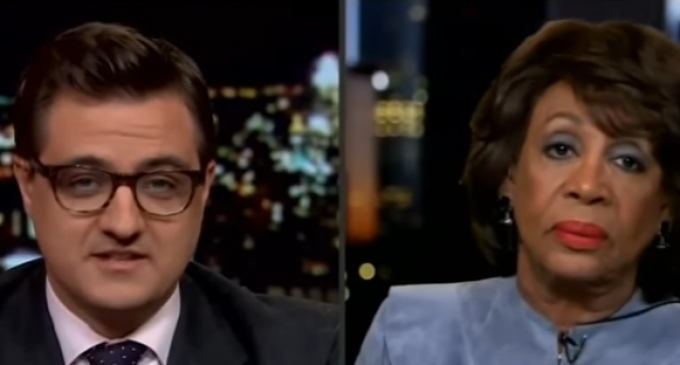 Maxine Waters has expanded her circle of hate for Donald Trump to include his entire cabinet.

Waters' dislike of Trump is no secret. She wants him gone so badly that she's come up with multiple far-flung schemes to get him impeached. Her most bizarre plan involves impeaching Trump for his use of the name “Crooked Hillary.” According to the Democrat congresswoman, the nickname might be the result of collusion between the Kremlin and the Trump campaign.

Before you believe that Waters has insider information on the matter, it's important to note that she also said that Vladimir Putin invaded “Korea” in 2014. So she's not exactly an expert on foreign affairs.

But Waters' reputation for sticking her foot in her mouth isn't stopping the congresswoman from talking on national television. This week, she had some choice words for Trump and his entire cabinet.

See what she called them on the next page: