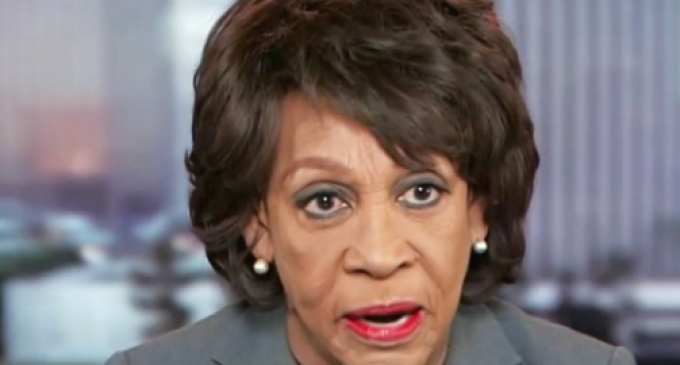 Maxine Waters is continuing her all-out assault on President Trump.

Waters has made her distrust of Donald Trump clear from the very beginning. Shortly after Trump was elected, Waters claimed that she did not trust him and that she would “fight him every inch of the way.”

In a separate interview, Waters claimed that Trump's use of the name “Crooked Hillary” might be an impeachable offense and that he might have colluded with the Russians to make up the term.

Waters hasn't changed her tune now that Trump is officially president. In fact, she's hoping he'll be impeached and offering her help.

She may not have been able to convince her fellow Democrats to impeach Trump for name-calling, but she appears to have a backup plan.

Read about how she hopes to “lead” Trump on the next page: