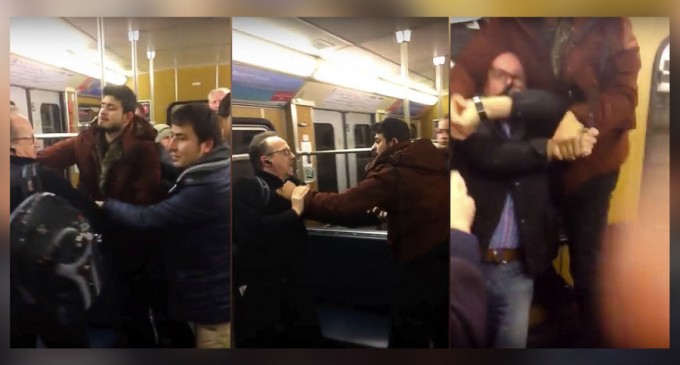 The assault of Europe is picking up pace.

In Norway, a three-year old child was raped by migrants at a camp.

German women were groped, molested and some raped in Cologne Germany on New Year's Eve by roving groups of “migrants.”

MuslimStern demanded that alcohol be banned or the raping of women would continue.

Recently in Munich we see the regular people no longer standing by, but actually getting involved.

Two older men were attacked by enraged migrants who were incensed at being thwarted in an attempted sexual assault aboard a train.

In similar stories late last year and early 2016, most bystanders were simply just that, bystanders.

Now they are going to get involved. In what may be a cultural awakening, the people of Germany are showing signs of life in the face of Islamic street violence.