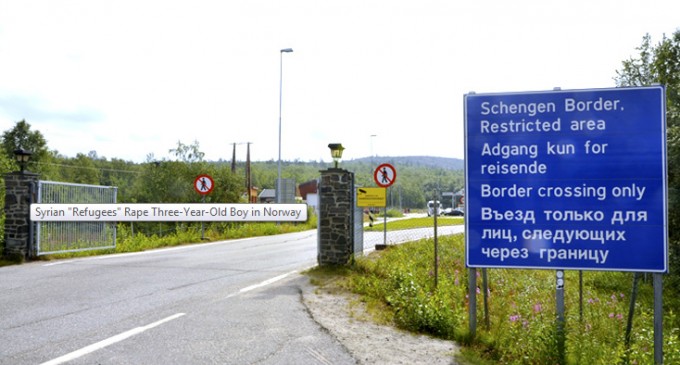 In what looks like a disturbing trend to western people, another child rape story involving “refugees” has surfaced.

This time in Norway.

The reality is this is no trend. In many Islamic countries, the rape of boys is business as usual. Rape is a cultural norm across nations in that region and the west has been in denial.

While some of the victims speak out more and more, the amount of crimes perpetrated suggests a lack of will to prosecute by the many governments overseeing the Islamic world. When men who are allowed to behave like this are brought into the west with our libertine mores, we are offering them a smorgasbord of perverted opportunities.

A Green Beret was recently punished for coming to the rescue of a boy who was being raped by an Afghan police commander. Was there outrage in the mainstream media? Never, highlighting such behavior will ruin President Obama's future voter import program also known as “taking in refugees.”

The incident in Norway is a reflection of it's perpetrator's native culture.

See the next page for details on Norway refugee rapists