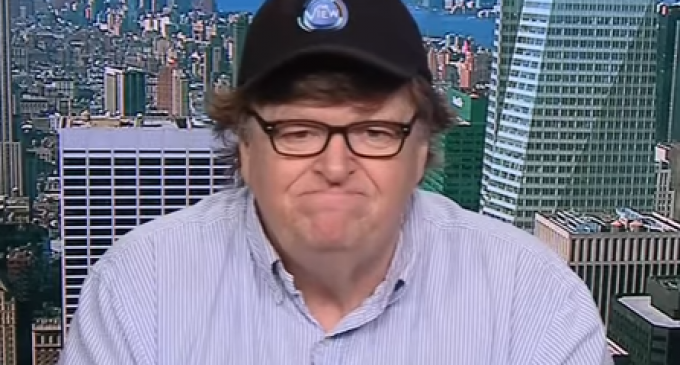 Liberal filmmaker Michael Moore is branching out. Now, instead of attacking American conservatives, he's attacking non-liberals in other countries, too.

Maybe this was a change Moore had to make. He's spent so long attacking conservatives in the United States, he might not have much ammunition left. He certainly can't get any more extreme. Over the past year, he's already called for Clinton to be installed as president, despite her election loss, claimed Trump will push humans toward extinction, and accused Trump voters of being “legal terrorists.”

Just last week, the leftist whacko told members of the United States military to defy the president's orders on his recently-announced transgender ban.

His most recent comments about foreign conservatives show how intolerant he is of right-wing ideas. He wants everyone to hold them to be absolutely miserable.

See exactly what he said — and who he said it to — on the next page: