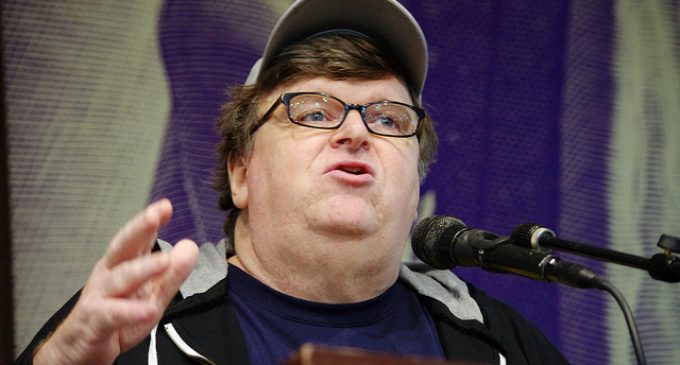 Michael Moore is making a fool of himself once again — this time claiming that extinction of human life is imminent.

This isn't the first crazy thing to come out of Moore's mouth and it won't be the last. In fact, nearly everything the director says is insane. Here are some examples:

In the aftermath of Trump's victory, Moore demanded that the United States arrest Trump, re-do the election, or make Hillary Clinton president.

Despite being the president-elect of the Unites States, Moore claimed that Trump had “no right to enter” the Oval Office.

And, not satisfied by simply Trump bashing, Moore attacked the 63 million people who cast their votes for Trump, calling them “legal terrorists.”

Needless to say, Moore has a history of asinine, leftist commentary. This week, he added to his repertoire. Of course, it had to do with Trump.

Read about his most recent unhinged theory on the next page: