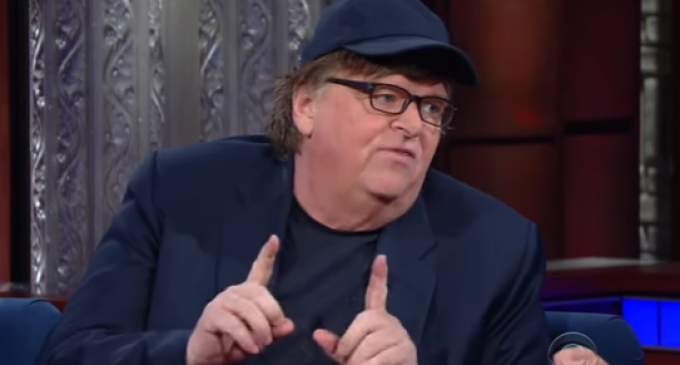 Earlier this week, President Donald Trump announced a total ban on transgender personnel serving in the U.S. military. The reveal, which came unexpectedly on Twitter, triggered the usual crop of liberal celebrities — including Michael Moore.

Moore's reaction should come as no surprise to anyone who follows the filmmaker. He made a name for himself bashing the last Republican president, George W. Bush, and has enjoyed a resurgence of sorts now that he once again has a member of the GOP in the White House.

At first, Moore wouldn't even accept Trump as a legitimate president. For months, he continued to argue that Hillary Clinton had won the election and that she should become the next President of the United States.

Lately, however, Moore seems to have come to terms with Trump's seat in the Oval Office. Now, his latest scheme is to get Americans to simply defy the president.

See what he wants transgender military personnel to do in the face of Trump's ban on the next page: