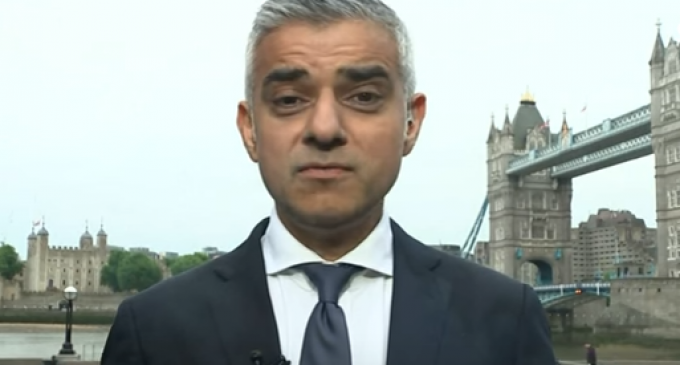 When Donald Trump embarked on his first international tour as president, many were surprised by the support he had from leaders of Muslim-majority countries. Saudi Arabia, in particular, seemed quick to embrace the American president, despite accusations that his policies are “Islamophobic.”

But not everyone across the Atlantic understands why Trump is limiting travel terror-ridden countries. London’s Muslim mayor, Sadiq Khan, has continuously attacked Trump since his inauguration. His actions are particularly sad considering the recent spike in Islamic terrorist attacks across the U.K. — something Khan seems unable to acknowledge.

Khan is instead focused on denouncing Trump, rather than radical extremists in his own city. This week, the mayor attacked the president over his plans to visit Britain sometime next year — but he’ll happily campaign to let in those who promise to “kill all whites.”

See what he said about the upcoming visit on the next page: