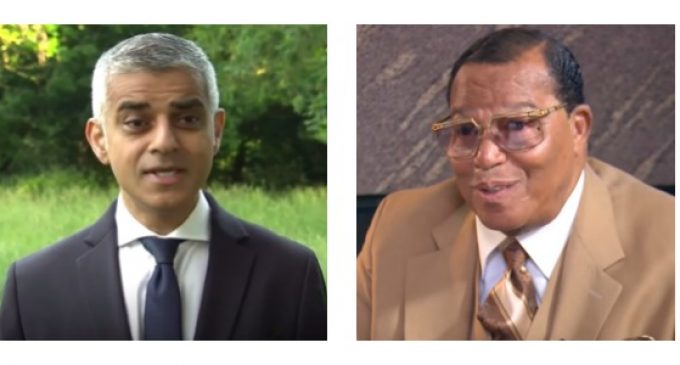 London Mayor, Sadiq Khan is coming out swinging in defense of his longtime support of Nation of Islam leader Louis Farrakhan.

Louis Farrakhan is a highly controversial figure due to his harsh anti-semitic views describing Jews as “devils and bloodsuckers” while praising Hitler as a “very great man.”

This is surprising to many as Mayor Khan is also reportedly campaigning to bar President Trump from visiting the city as planned following his series of rebuking tweets over the weekend.

The idea of President Trump being defended by liberal politicians after publically praising Hitler would never happen. It would be an impeachment bloodbath unless President Trump used the liberal alibi of Russian hackers being responsible for the political gaffes and lapse of reason.

What reasoning does London Mayor Sadiq Khan give for supporting an anti-semitic Muslim Nazi aficionado but disdainful of President Trump?

More on the next page