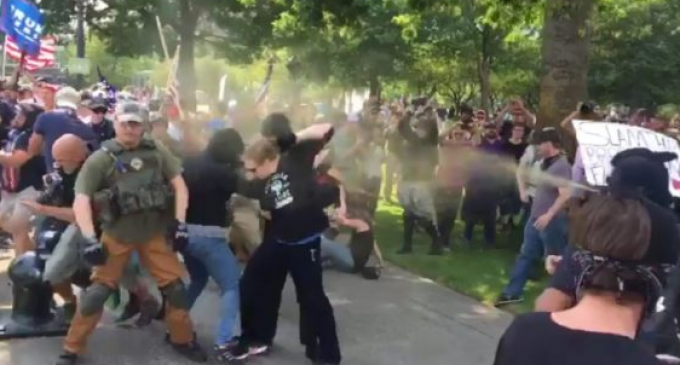 Look at the facts. Stop believing all the fake news. Fox News is part of the establishment too. Research it. Prove us wrong. But, don’t spout opinions without facts. Just because you’re a conservative doesn't mean you’re not being fed a solid diet of fake news that matches your own personal political persuasions. Soros has a deep pocketbook. That same pocketbook connected to Fox News is also connected to Obama, Hillary, and Antifa. #facts #newworldorder It’s coming. You need to be studying these guys and forming your plan of action. Learn more about the latest showdown between Patriots and Antifa supporters at the Patriot Prayer ‘Freedom March’ on the next page