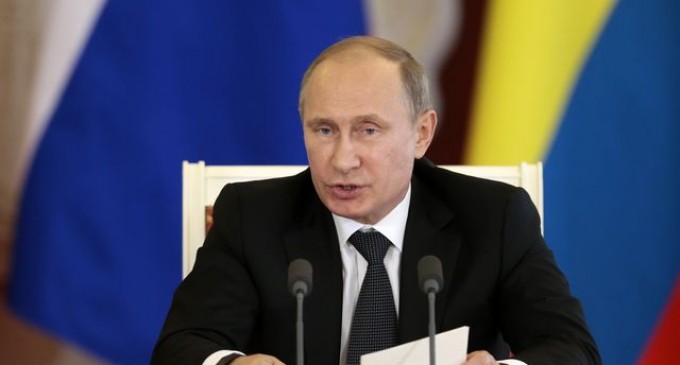 Those of us who lived through the cold war rejoiced when the Berlin Wall fell.  The Cold War was over, and a “peace dividend” would accrue to the nation as military spending could decline.  Such were the dreams of the naive it would seem, as it certainly hasn't turned out that way.  For the U.S., and much of the world, the 21st Century has been one of continuous war.

Crises and bloody conflicts are plentiful, and America is right in the middle of many of them. Perhaps none portend greater danger than the situation in Syria where we find ourselves more likely to be involved in direct military conflict with Russia than at any time since the Cold War ended.  Bellicose statements by Hillary Clinton and President Obama are not helping.  Failed negotiations with Russia by Secretary of State John Kerry make matters worse.  The unthinkable has actually crossed people's lips:  Could we find ourselves in a nuclear war?  Just typing out that question gives us pause.

It's not like there have not be ominous signs in recent months.

Connect the dots, people.  None of this is encouraging.  And while we'd prefer to offer some good news, yet another disturbing development as been reported.  You'll find it on page two.