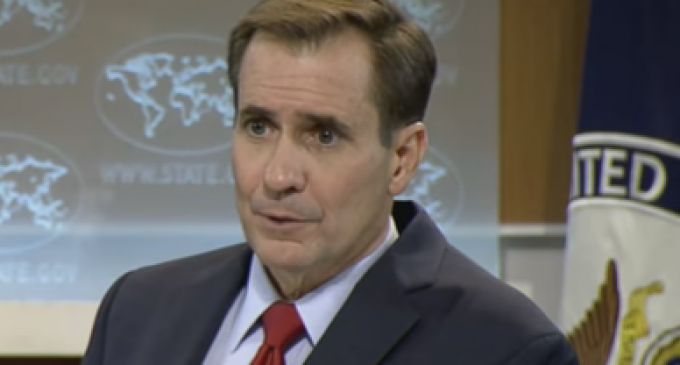 Mr. Obama can hardly point to the situation in Syria as a foreign policy success.  And as the U.S State Department threatens Russia with military action over Syria, things are likely to get even worse in that country — and possibly here.  Our Nobel Peace Prize winning president just might end up starting a war with Russia either through incredible hubris, incompetence, rashness, or design. Regardless of how any such conflict begins, the result would be disastrous.

That said, we can be sure that Russia is allied with Syrian President Assad.  While Mr. Obama is famous for drawing “red lines” and then moving them, we're not so sure Mr. Putin is that flexible.  If Obama thinks he can do as he wishes in Syria with impunity, he runs the risk of sending elements of the U.S. military into combat against the Russian military.  Could things escalate from there?  Of course.

So with this backdrop we find representatives of the Russian media organization RT questioning a representative of the U.S. State Department.