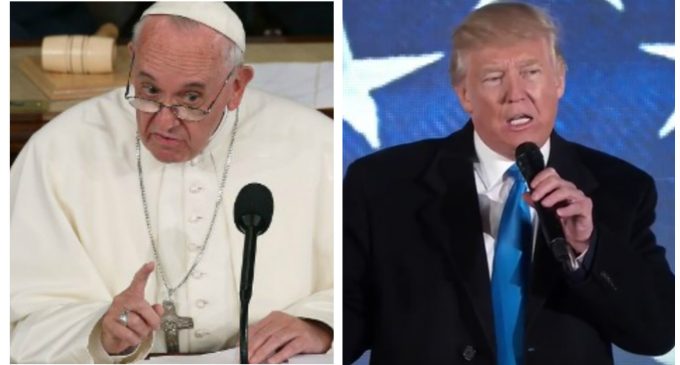 The pope is once again reigniting his feud with President Donald Trump.

While Trump is known for butting heads with several celebrities and politicians, his most bizarre altercation is no doubt the one he had with Pope Francis — and the pontiff was the instigator. While president Trump was still campaigning for the Republican nomination, Francis claimed Trump –among other things — wasn't a Christian due to his support for a wall along the southern border. The Pope, himself, lives behind a walled city, something he seemingly failed no notice when he made the comments.

But that was hardly the worst thing Pope Francis had to say about Trump. Before his inauguration, he compared Trump to Adolf Hitler.

These taunts from the pope haven't ended now that Trump is president, either. Long gone is the cordial relationship between Pope John Paul II and Ronald Reagan. Now, we may have to get used to a pope and a president constantly at odds.

See his latest attacks against Donald Trump on the next page: