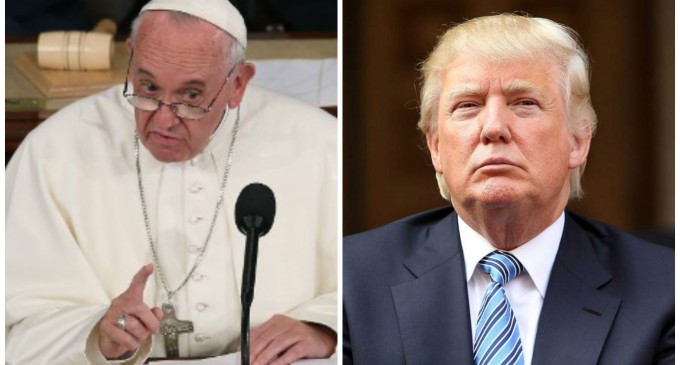 Well, this is awkward.

This presidential election has been a wild ride, for sure, but this story might be the oddest one yet.

Donald Trump is in yet another political feud. And its with the Pope. And the Pope started it. And, for all intents and purposes, the Pope was wrong.

Having to choose between Trump and the Pope is no doubt a choice that has put many conservatives into a philosophical meltdown, as both men represent the two highest pinnacles of the conservative movement, but the facts don't lie. Even those on the far left cringed as the Pope — who himself is the head of a country with one of the most massive, most complete border walls in the world — suggested that Trump is not a Christian because he himself supports a wall on America's southern border.

So, no offense Pope Francis, but this round goes to Trump.

See how Trump responded to the Pope's accusation that he is not a Christian on the next page: