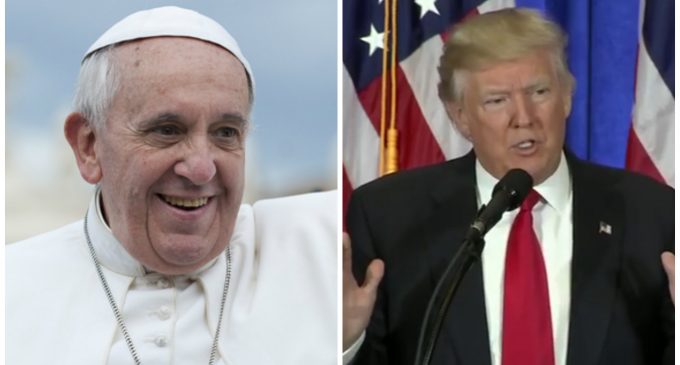 Pope Francis has proven to be one of the most liberal and political Popes to ever dawn the robes. Much like Barack Obama, Pope Francis has seen fit to put his nose in places it doesn't belong, like the way that other countries govern themselves. He's even gone as far as to pray toward Mecca and try to convince people that Islam is a religion of peace. This is especially ironic, considering that it was once the mission of the Catholic Church to retake Jerusalem from Saladin, which ended in the death of thousands if not more. But, by all means, lets ignore history. That seems to be par for the course in politics these days.

Then there's the matter of Donald Trump's presidency. Pope Francis has been all too vocal in his opinion of the man. Apparently he's not a fan of cracking down on immigration. If that's how he feels about Trump, it would be interesting to hear his opinions on Putin. Not that it matters. When some people claim to speak for God, they take advantage of it. This is something history has proven as well for Catholic Church. Remember the selling of indulgences?

So Pope Francis will have to forgive America for not taking his next comments seriously.