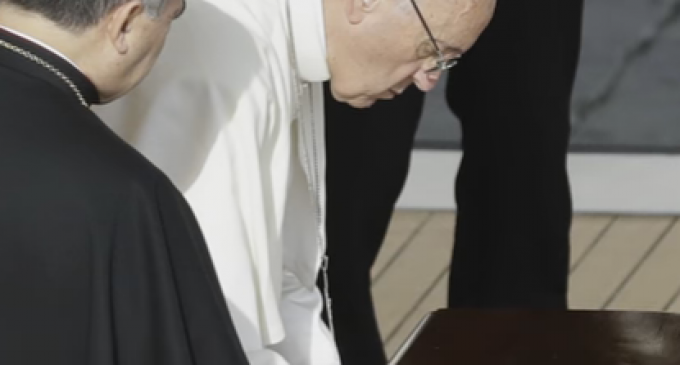 Pope Francis is upending catholic tradition once again, and many of his followers aren’t happy.

Pope Francis was selected to lead the Catholic church in 2013, after several years of scandal-prone leadership from his predecessor, Pope Benedict XVI. But it wasn’t long until Francis began stirring controversy himself.

Unlike his predecessor — who was often characterized as “too conservative”  — Francis immediately began liberalizing the Catholic faith. He suggested that his followers apologize to gay people and validated the beliefs of competing religions, claiming that all religions worship the same god. Then, in perhaps the most bizarre development of last year, the pontiff began an unprompted feud with Donald Trump over immigration policy.

So it should come as no surprise that Pope Francis is once again upsetting many of his diehard followers with an announcement that seems to go against fundamental Catholic values.

See more on the “grave sin” the Pope says women can be forgiven for on the next page: