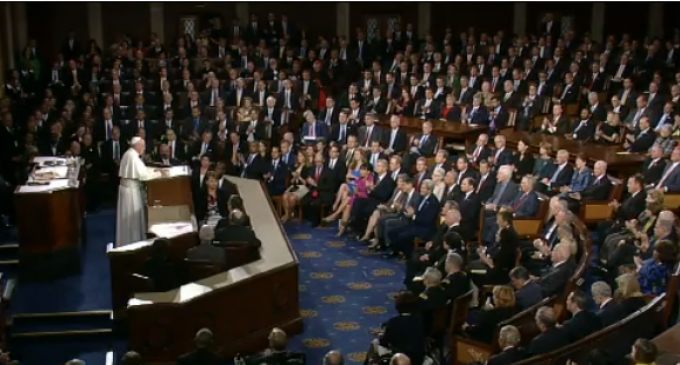 It would seem even the Pope is getting in on the Donald Trump bashing that’s been taking place for the past several months. As Pope Francis stood before a crowd of people, from the same lectern used by President Lincoln, when he delivered the Gettysburg Address, he not only thanked immigrants for coming to the United States, but he also told them that his heart goes out to them. That’s strange, considering the directly contradicting tales coming in from Italian reporters, claiming that Vatican officials are showing no love to the many refugees flooding Western Europe.

More on the Next Page: