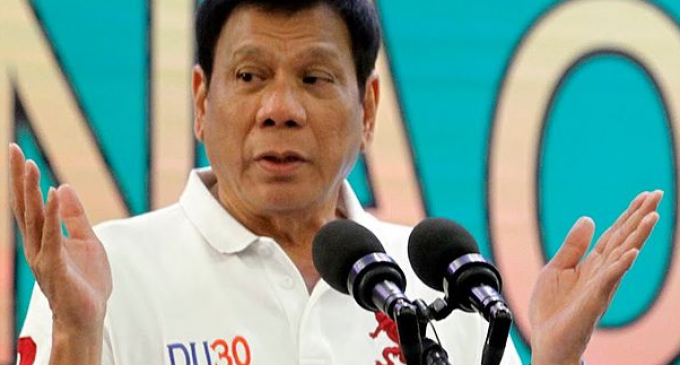 Then again, he's rarely messing around, period. A few days ago, Duterte made headlines for a comment he made to his nation's police. His nation has a well-known drug trafficking problem that the police have struggled to control. So in a speech to law enforcement, Duterte said to “kill the idiots” who resist arrest.

But drugs aren't the only problem facing the Filipino people. Though you may not hear about it often, the country also has a serious issue with radical Islamic extremism.

In order to fight the terrorists on the ground, this week, Duterte issued orders that would be widely condemned in the West.

They also make quite a bit of sense.

See what exactly he gave his military the authority to do on the next page: