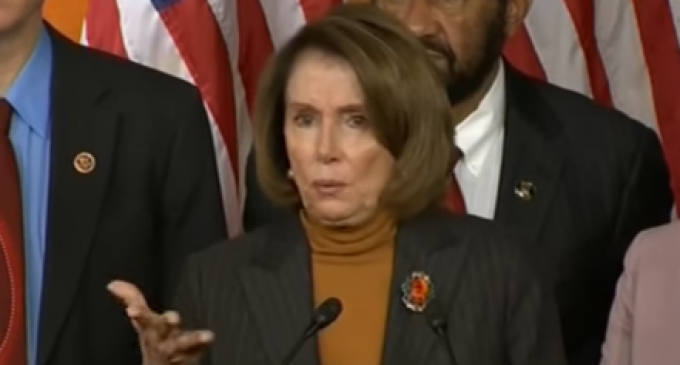 Ever since their nominee lost in November, the Democrats have been entangled in an all-consuming need to attack Donald Trump. They’ve suggested impeachment for collusion with Russia. Conversely, they’ve suggested that he is being blackmailed by Russia. They’ve even tried to pass bills to make his business ties illegal.

Now we know why the attacks from congressional Democrats are so scattershot. Their leader, Nancy Pelosi, has completely lost her mind.

The first signs of Pelosi’s undoing came only weeks ago. During a speech meant to to defend Obamacare, she could barely manage to make complete sentences.

This week, she doesn’t seem to know who the president is at all. It is a strange occurrence for the woman who has spent the last year attacking Trump at every opportunity.

Watch Pelosi call Trump “President Bush” on the next page: