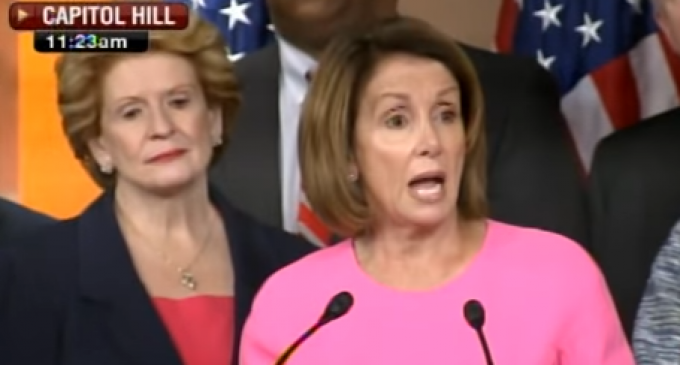 Like the rest of her party, Nancy Pelosi seems to be having some trouble lately.

After Donald Trump's stunning upset in the general election, the Democrat party has fallen into disarray. In one election, they lost the Senate, House, and White House — something their party hasn't done in nearly 100 years. Now, the few star politicians they have left are beginning to come unhinged, as well.

This week, it was Nancy Pelosi's turn to embarrass herself.

The nation's top Democrat took to the stage on Wednesday to explain her party's plan to protect Obamacare. In doing so, she barely managed a coherent thought. Maybe she is still flustered by her party's epic general election loss. Or maybe it's just age. She turns 77 this year.

Whatever the reason, Nancy Pelosi has officially stopped making sense — if she ever made sense to begin with. Watch Pelosi's speak nonsense to the press on the next page: