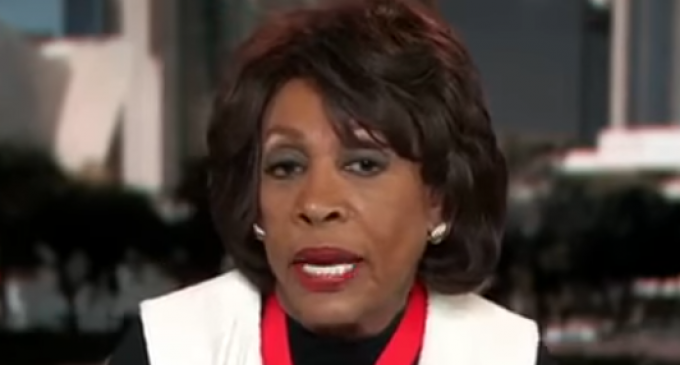 Among those scheming to remove Trump from the Oval Office is Maxine Waters, a Democrat congresswoman from Southern California.

Waters can hardly be considered an impartial witness to Trump's presidency. Just weeks before Trump's inauguration, Waters said of Trump, “I don't trust him… I don't believe him… I'm going to fight him every inch of the way.”

This week, she revealed what that “fight” may look like.

According to the delusional lawmaker, Trump's use of the words “Crooked Hillary” amounts to an impeachable offense. She also suggests that the phrase might have originated in Russia.

It seems the left really have run out of arguments. They threw everything but the kitchen sink at Trump during the campaign and he's still going to be president. Now, they're just getting desperate.

Watch Waters claim that the phrase “Crooked Hillary” can get Trump impeached in the video on the next page: