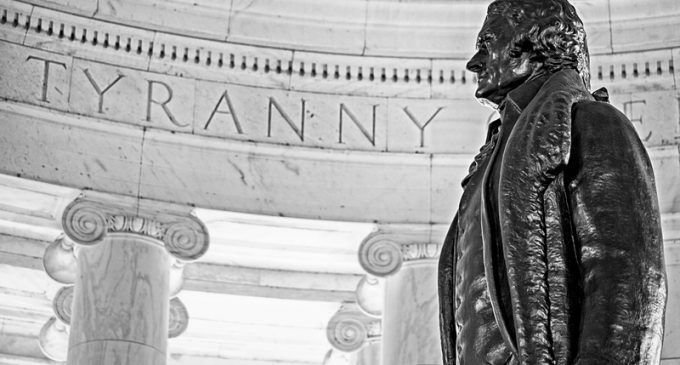 Last week, Donald Trump criticized the movement to take down all memorials to Confederate leaders, slave owners, and symbols of American imperialism.

“This week, it's Robert E. Lee,” said Trump.” I noticed that Stonewall Jackson is coming down. I wonder, is George Washington next week and is it Thomas Jefferson the week after?”

The answer, of course, is yes.

Since making that statement, a memorial to George Washington came under attack, a 225-year-old monument to Christopher Columbus was vandalized, and Al Sharpton said that the Jefferson Memorial “ought to be removed.”

As ridiculous as Sharpton's remarks were, he seems to be getting his way — sort of. The memorial may be safe for now, but they're planning on altering the site in a way that is sure to appeal to the extreme-left.

See what changes are being made to the Jefferson memorial on the next page: