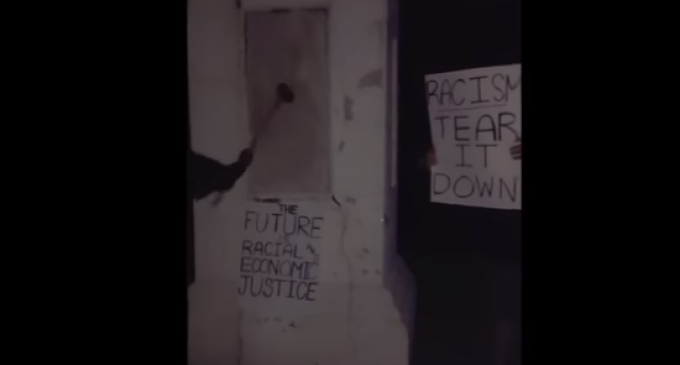 The world has become a dangerous place for statues and monuments this week — particularly if you memorialize someone who is white, old, or of the pre-Civil War era.

Blame the recent spike in vandalism on Antifa and the Charlottesville riots. There, the alt-left group sparred with members of the alt-right in a riot that left dozens injured and one dead. The alt-right was widely condemned — but the left refused to condemn the actions of Antifa, a group that specializes in silencing speech and destroying monuments,

The lack of condemnation is a kind of silent permission given to the violent left by the mainstream press. CNN even published a list of to the nation's Confederate monuments on their website — a handy guide for any leftist “activist” looking to tear them down.

But it isn't just Confederate monuments that are being attacked. So are monuments to George Washington, Abraham Lincoln, and Christopher Columbus.

See what happened to the nation's oldest Colombus monument on the next page: