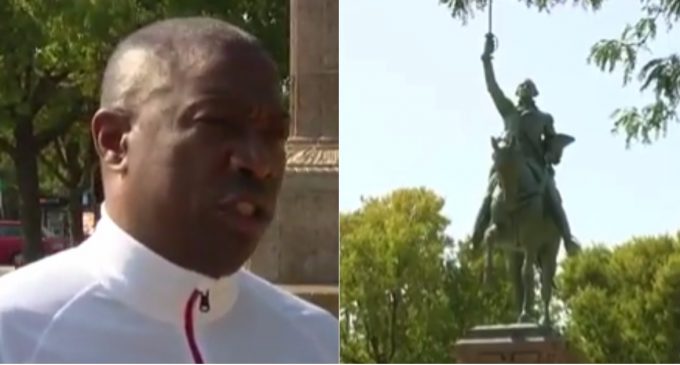 With silent permission from the press, Antifa has continued their assault on free speech across the United States. Their most recent riot — which toppled a Confederate monument in North Carolina — garnered a response from President Donald Trump.

“Are we going to take down statues to George Washington?” the president asked at a press conference on Tuesday.

The question was an apparent reference to George Washington's ownership of slaves. When he was eleven, he was willed ten slaves in his father's will. He acquired more when he married his wife, Martha Washington.

Now that leftist groups are attacking Confederate monuments, many — including Trump — are wondering when they'll go after American icons who preceded the civil war.

The time, it seems, is now.

See what one Chicago pastor said about George Washington on the next page: