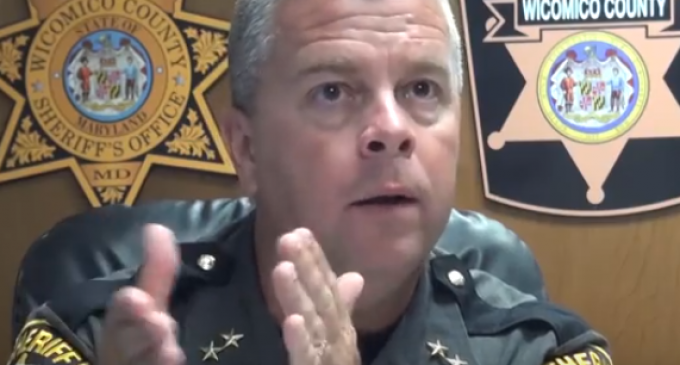 God bless America's sheriffs. We've seen numerous stories over the past few years of patriotic sheriffs that refuse to bow down to the anti-Constitutional efforts that have been besieging our nation since the Age of Obama.

Many might not know that local sheriffs have more power in their own counties than the president of the United States does. The U.S. Supreme Court dealt with the “supremacy clause” in 1997 with Mack/Printz, where is stated for once and for all that the Constitution was the supreme law of the land and by those powers, the Sheriff reigns above all in his territory.

On June 27th, 1997, the sheriffs won again; in Printz v. U.S. (521 U.S. 898) SCOTUS struck Brady down and Associate Justice Antonin Scalia wrote the ruling for the Court, in which he explained our system of government at length including the checks and balances that hold powers in check.  With this, it is sealed that the sheriff is the highest governmental authority in his county.

Now two sheriffs in Maryland are exercising that authority by commanding their deputies not to comply with lawmakers should they try to enforce the new long gun licensing and confiscation law.