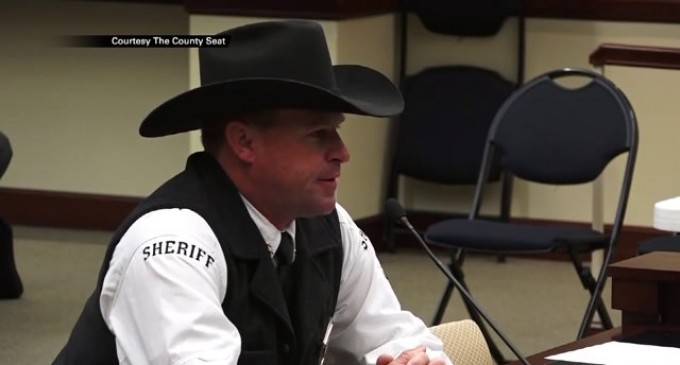 The movement against the BLM and Forestry Service western lands takeover continues to build, with the aftermath of the Malheur National Wildlife Refuge demonstration and the slaying of rancher LaVoy Finicum by federal agents serving as a rallying point for those who believe the federal government has grown too big and powerful, particularly in the western states. Don't miss the video included later in the article.

The compliant media has circled the wagons to declare the demonstrators were radical, right-wing constitutionalists, as if the U.S. Constitution can be protected and promoted too much.

Somehow, those who dismiss the ranchers and their supporters in the western states can't see that the government, which “owns” over 50 percent of the land in eleven western states, is much more interested in power and control, and much more committed to radical environmentalists than to farmers and ranchers trying to make a living on the land that, like as not, has been a family pursuit and way of life for generations.

To put a finer point on the issue, mere weeks after the Malheur protesters were arrested and the refuge cleared, President Obama declared three more parcels of land in California as federal land, with little or no future access granted to mere citizens of the state. And by parcels, I mean almost 2 million acres that are now set aside as an offering to the Sierra Club and their ilk, with no compensation offered to California for the taking.

Federal government supporters are painting protesters as lawless cowboys, ignoring the fact that the Constitution prohibits the federal government from owning more than a ten square mile plot in Washington D.C., and areas for forts and military installations that require state approval to acquire.

Watch as the Sheriff fights back in video on the next page: