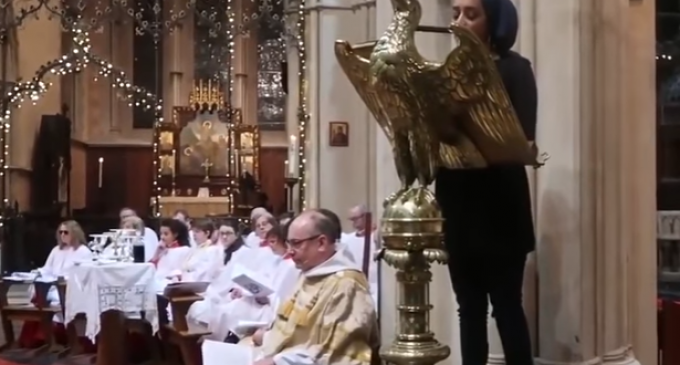 As Islam continues to spread across the West in various forms and political correctness running rampant through the Western governments and their people, it was only a matter of time until western religious authorities began to trying to blend Islamic beliefs into Catholicism and Christianity. Before you read further, keep in mind that Christianity and Catholicism don't exactly have a friendly history with Islam, especially considering that the Bible directly proves the Quran to be false, which isn't exactly difficult to do if you know anything about history. Not to mention the Catholic church has been at war with Islam since the founding of these religions.

So naturally, the singing of a passage from the Koran, which denies Jesus being the son of God at St Mary's Episcopal Cathedral in Glasgow is a bit shocking, but not unprecedented. The worldwide Anglican Communion has been slowly catering to Islam more and more over the past few years. First, Parishioners at a Catholic Church in England told church goers to pray in silence so migrants weren't disturbed. Then a church in Italy that traditionally puts the nativity scene up every Christmas said they wouldn't do it this year because they didn't want to offend Muslims.

Find out more about the church in Glasgow on the next page.