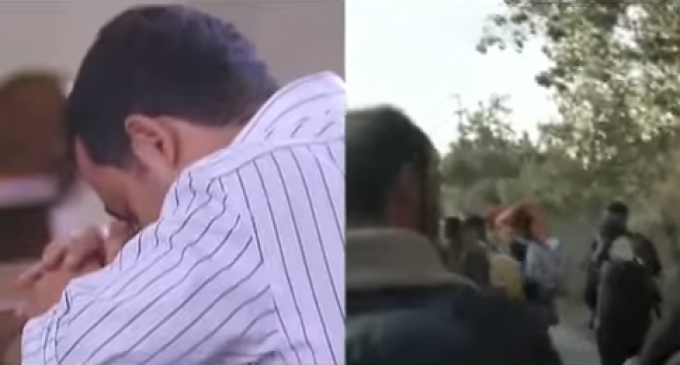 Although liberals in America have been waging a war against Christianity for years now, it seems as though Europe is ground zero for Christian persecution — with the exception, perhaps, of ISIS-controlled territory.

The city of Bristol, England made headlines recently, when the city council decided that both the holiday of St. George's Day and the English flag — which bears the St. George's Cross — were simply too offensive to Muslim migrants to be permitted.  The city council there voted to ban both, sparking outrage amongst the city's vastly majority Christian population.

It is obvious that this is not a war on all religion but on the Judeo-Christian faith alone.  Many countries are bending over backward to accommodate the hoards of Muslim migrants inundating the continent.

Nowhere is this more evident than the small town of Ventimiglia, in Northern Italy.  To read why a Catholic church has told their parishioners that praying out loud in their own church is disturbing to Muslim migrants, continue reading on the next page: