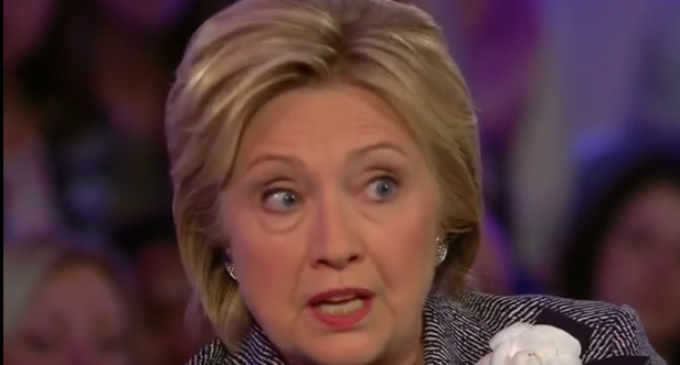 Hillary Clinton is as wretched a human being walking the earth as anyone on this planet. Her statements are often outrageous lies that are only possible because the main stream media is determined to cover for her and ignore anything that would show her for the lying, heartless, narcissist that she is.

It was evident when she met with families who lost loved ones in the massacre in Benghazi, Libya and she claimed that the entire thing was caused by an internet video that was critical of Islam. It was even worse when she stated that the families who she talked with were liars and were misrepresenting what she said to them.

Clinton was recently caught on video (see next page), and her statement was shockingly crass and harsh, or perhaps her memory is completely gone and she should be in a care facility, not running for president. In either case she is unfit for the office and should end her campaign immediately.