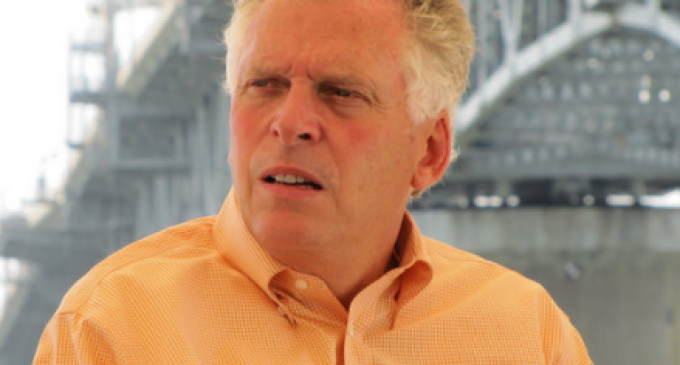 The Charlotteville riots put the worst of American on display. Two groups of fringe extremists engaged in a battle that ended in one death and dozens of injuries. It was a moment most politicians would hope would never happen again — but one liberal governor isn't attempting to end the riots. Instead, he's encouraging them.

Amazingly, that governor happens to be Terry McAuliffe, the extreme leftist in charge of the state that witnessed the Charlottesville riots firsthand.

Of course, he's not putting his support behind white supremacists groups — which he shouldn't — but he's doing something equally ridiculous. He's supporting the efforts of the leftist extremists that engaged the white supremacist groups on the ground.

Those groups carried the burden of much of the violence that transpired over the last week, and now they're looking to spread their campaign of terror across the United States.

See how Virgina Governor Terry McAuliffe is supporting these leftist extremists on the next page: