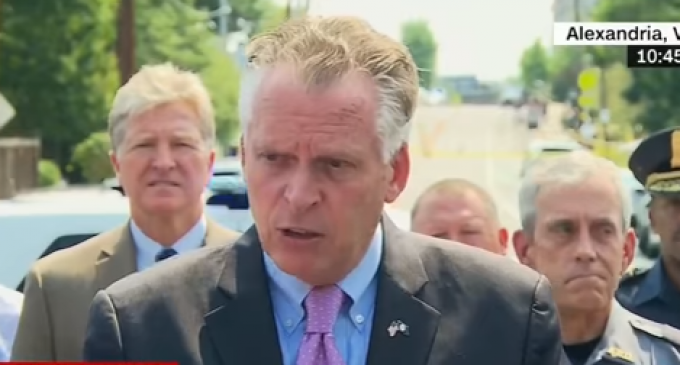 Democrats love to use violence to push their political agenda — and this week provided two very good, connected examples.

The first was, of course, the shooting of Rep. Steve Scalise. The shooter, 66-year-old James T. Hodgkinson, was a far-left Bernie Sanders supporter who was known for his anti-Trump views on social media. While the motive is not yet known, reports indicate that Hodgkinson was specifically seeking out Republican victims.

Sanders has since condemned the attack.

But not all liberal politicians are totally distancing themselves from the gruesome act of violence. Virginal Governor Terry McAuliffe may have spoken against the shooting, but he also used the senseless attack to push his own politician agenda.

McAuliffe may not have pulled the trigger, but he's certainly trying to reap the rewards by capitalizing on the fallout.

See what he said that has so many irked on the next page: