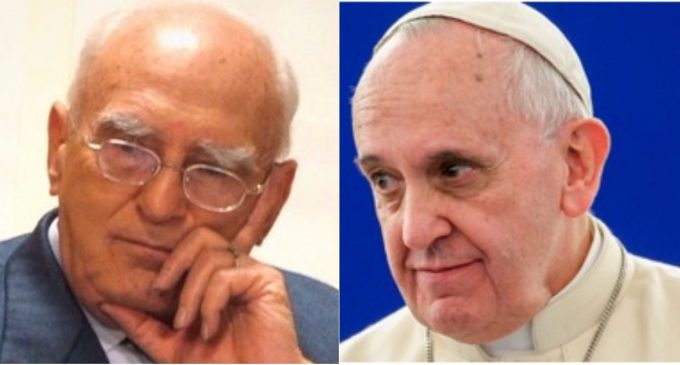 One best not ever say that Pope Francis is a “false prophet paving the way for the Antichrist” or that he was elected by a “mafia of cardinals” if you want to stay in good graces with someone who is affiliated with either.

Jose Galat, director of the ultra-conservative Great Columbia University, and Teleamiga television network is learning that the hard way. He is being blacklisted by the Catholic Church following a fiery interview with Blu Radio on the upcoming papal visit to Colombia.

You’d hardly think that suggesting Pope Francis is a “false prophet” would be worse than just sharing some of the things he has said. Such as “Jesus failed on the cross”, a “personal relationship with Jesus is harmful and dangerous”, or that “all religions worship the same God”.

Pope Francis has said a lot of shocking things. But, he is the Pope and he has people to protect him. This is very different from Galat. Despite being the successful director of a university, television show, and radio program, he is being relentlessly attacked for suggesting things don’t add up over Benedict XVI being ousted and how Pope Francis became his successor. Learn more about who Galat thinks is the real Pope, and this mysterious mafia taking over the Catholic Church from within on the next page