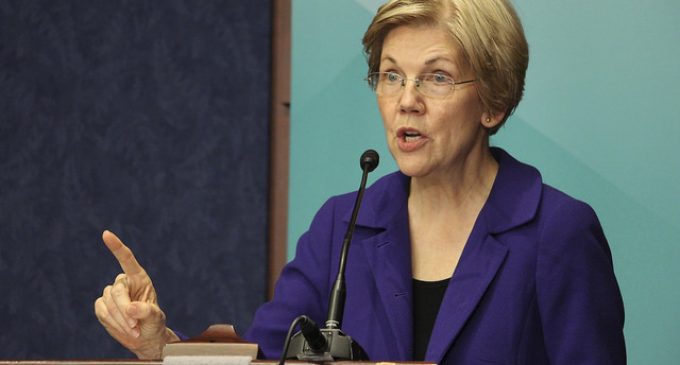 That was Massachusetts Senator Elizabeth “Faux-cahontas” Warren who apparently thought that the women in the nation were all in 100% solidarity with Hillary Clinton.  The “nasty women” were most likely only the women who are unattractive, angry, and liberal, because in my book, those three things make up a REAL nasty woman.  Any woman who believes that our taxes should be raised, that infanticide is just fine, that unemployment just means more time spent at home with family, that cops ambushed and killed probably had it coming, that terrorists just need a hug, that all children require drugs, that our schools sitting 14th in reading, 17th in science, and 25th in math in the world is hunky dory, that Global Warming is a bigger threat than Islamic Jihad, that a man should be able to enter a woman’s restroom if he feels like a woman that day, and that Republicans who are shot during a baseball practice was self-inflicted, is a nasty woman.

And that’s precisely why 53% of White women overwhelmingly voted for Trump.  While he still lost in the African-American demographic in a big way, he didn’t do too badly with Hispanic/Latino women.

Nasty women are foul-mouthed no-nothings who would prefer it if toxic masculinity could be surgically excised from all men on the planet.  Kathy Griffin is a perfect example of a nasty woman.  After her ISIS-inspired modeling of a decapitated Trump, she blamed Trump!  Nasty.

Just a couple of days ago, there was Patti LuPone who, for lack of a better description, proved that you can be ugly both inside AND out.  She was asked a simple question by a reporter and turned it into an expletive-ridden rant on the president, honestly believing that people in America knew who she was and cared what she thought.

There was Madonna who stood before a massive collection of nasty women adorned in pu**y hats (something I’d like to be remembered for) and shouted about how she’d love to “burn down the White House.”

Elizabeth Warren, another lawyer/teacher/politician/Leftist who despises everything about free speech and the First Amendment, was speaking on stage at an event where she was reading from her own book, presumably about how an out-of-touch Liberal Feminist Cherokee-Lite Activist Senator can make a go of it by graduating from Rutgers University and suddenly be accepted into Harvard by virtue of her high cheekbones.