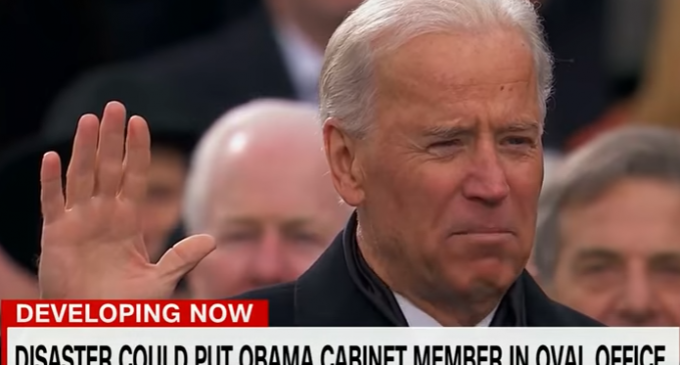 It’s clear that the left has no concern about the dignity or respectability of the US Government, at least not when they are out of power. In their zeal to damage Trump and his capacity to govern, they are making the nation appear to be some third-world, banana republic. One that cannot even accomplish the most basic of functions like transferring power from one elected official to his successor. It’s a disgrace.

What is also disgraceful is those who purport to be professionals within the news media making jokes about Donald Trump dying in a plane crash. CNN, a network that cares far more about promoting leftist causes than engaging in responsible professional journalism, even went so far as to air a video clip of the assassination attempt on Ronald Reagan as background to a debate about Donald Trump that was broadcast during a news report.

That much of the left hates Donald Trump and his policies is obvious. They’ve made their point. We get it. What we also get is that supporting or even winking at those who plan to commit violent acts at the inauguration are despicable. It is also a measure of their failure as leaders. No one can advocate violence such as this and still be called a fine leader. The correct term for a person so derelict is “criminal.”

Needless to say, none of the leaders of the left including national Democratic office holders will be held to account for their tacit support of the violent acts that are expected at the inauguration. That they are not coming forward as a group to demand that there be no violence is irresponsible and potentially dangerous.

To fail to use your position to demand the laws be obeyed when the threat is real and you have the capacity to make such demands puts you in the same league as the violent protestors themselves, with the added benefit that, unlike the violent demonstrators, the politicians encouraging them will pay no price. What a bunch of cowards.

As unpleasant as it is to contemplate, suppose that a tragedy does occur at the swearing-in process that takes out not only Mr. Trump and Mr. Pence, but all the rest at the event who are in presidential succession line. Who becomes president?