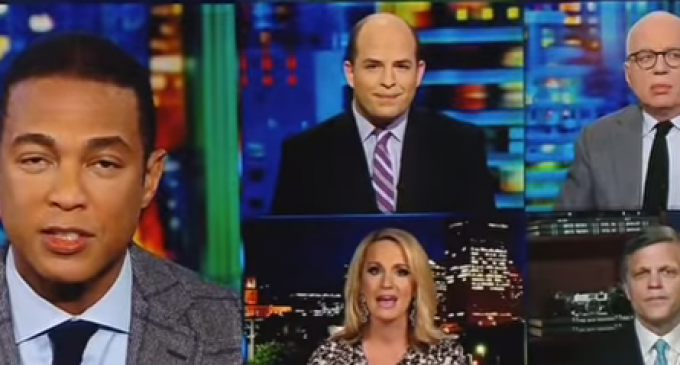 The mainstream media is doing everything it can to make Americans worry about “fake news”, and not without reason: it makes people forget about all the propaganda the press has been spewing for the past few decades.

From the over the top liberal bias at MSNBC to the underhanded, faux-objective perspective of CNN, viewers have been bombarded with lies, lies, and more lies by the media. This became especially apparent during the past election, wherein journalists dropped any pretense of impartiality and virtually campaigned for Hillary Clinton and against Donald Trump. Unfortunately for them, this ended up backfiring by making Americans distrustful of almost anything they had to say and leading Trump against all odds to victory.

Stunned and utterly humiliated by this series of events, the media has already started to cast everything Trump does in the most negative light possible even though he hasn't even entered the White House yet.