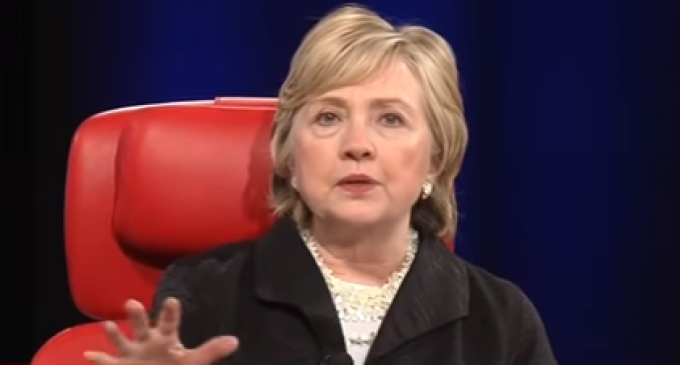 Seven months after the general election, Hillary Clinton still refuses to take responsibility for her loss. She has tried multiple times, but she can never quite do it.

Clinton certainly knows she should take responsibility for her failed campaign — or at least someone has told her that she should. But every time she attempts claims “full responsibility” for her loss, she follows it up with a reason why her loss wasn't her fault.

The reasons she has given are numerous and ever changing. She's blamed fake news, James Comey, and WikiLeaks. She even blamed the timing of the election, claiming that she would have won if the election were held in October.

This week, Clinton once again tried to shoulder the burden of her loss — and once again she failed. See her latest excuse on the next page: