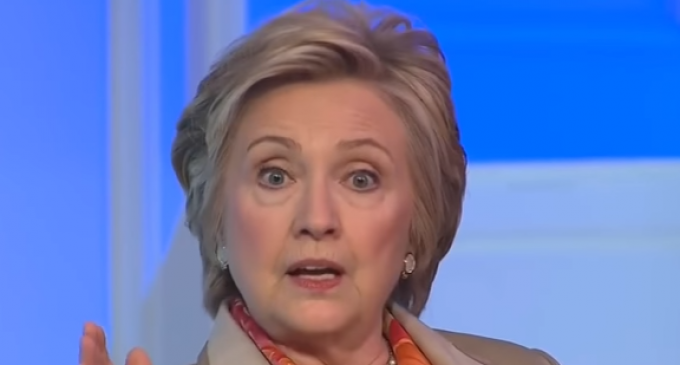 Hillary Clinton has finally revealed why she lost the 2016 presidential race.

Of course, we have known why she lost for months. Clinton was a terrible candidate from the very beginning. She represented an America that is largely in the nation’s past, as she wasn’t liberal enough for progressives but was a non-starter with the GOP. Most importantly, she was never as interesting as her husband and was nearly invisible next to Trump.

And then there were the scandals — Benghazi, emails servers, and collusion with theDNC.

But in an interview this week, Clinton appeared to take the blame for her loss… for a few seconds.

Immediately after claiming “absolute personal responsibility” for her terrible campaign, she began to list the reasons why it wasn’t her fault America picked Trump.

See why Clinton thinks she would have won the election (if it were held in October) on the next page: