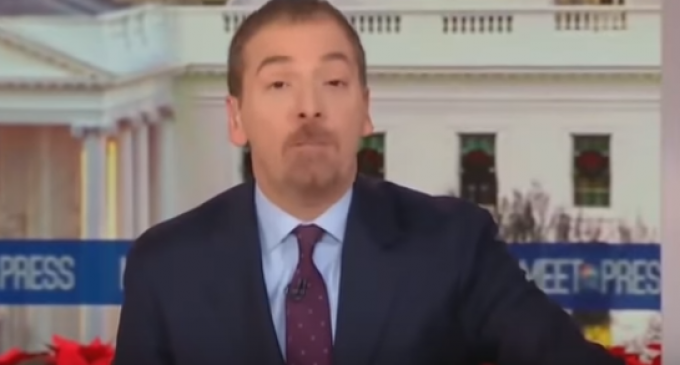 NBC’s Chuck Todd began “Meet the Press” on an episode last December with the announcement that the climate change issue has been fully ‘settled’ and therefore no airtime will be given to those who don’t hold the view of their network.

“We’re not going to debate climate change, the existence of it. The Earth is getting hotter. And human activity is a major cause, period,” said Todd. “We’re not going to give time to climate deniers. The science is settled, even if political opinion is not.”

Remember when ‘bias’ was the greatest problem facing news reporting?

Turn the page for video of Todd’s declaration.