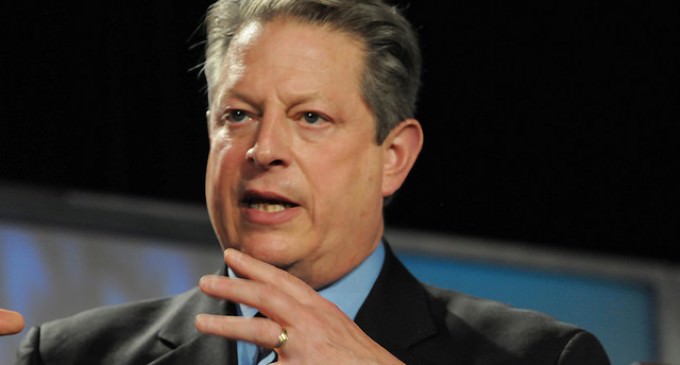 CORRECTION: We corrected this article to address inaccuracies brought to our attention after a reader cited fact-checking research by the organization Politifact.

Politifact‘s Jon Greenberg explains that the original source of the news article we referenced was a straightforward petition asking the U.S. government to reject the 1997 Kyoto agreement on global warming. The signatories of the petition rejected the claim there was convincing scientific evidence of global warming caused by human-released greenhouse gases like carbon dioxide or methane. The petition did not mention the notion of a hoax for financial gain:

An article on the News Punch website said that “30,000 scientists have come forward confirming that man-made climate change is a hoax perpetuated by the elite in order to make money.” The source is a well-known petition project.

The key flaw is that the petition challenges the science, but it doesn’t cast human-driven climate change as a hoax aimed at making some people rich. That is pure interpretation by the website.

Greenberg also points out that the statistics presented at the Global Warming Petition Project, which circulated and published the results of the petition, include signatories whose training and accreditation outside the discipline of climate science. Some who signed the petition may not have pursued a career in science, let alone the narrower field of climate science.

The left has long used “environmentalism” as a way to force liberal public policy. They cite the need to protect the Earth as justification for higher taxes, harsher regulations, and bigger government. The theory of global warming may have been the most fruitful blessing the left have ever received from the scientific community.

Many key leftist policies can be linked, somehow, to climate change. They've even managed to popularize a derogatory term for those who are skeptical of the scientific theory, “Climate change deniers.”

Unfortunately for the left, some of the “deniers” are well-educated folks who have given the matter sober thought. Among the “denier” ranks are over 30,000 who signed the petition by the Global Warming Petition Project affirming their belief that “There is no convincing scientific evidence that human release of carbon dioxide, methane, or other greenhouse gases is causing or will, in the foreseeable future, cause catastrophic heating of the earth's atmosphere and disruption of the Earth's climate.”
You can read the full petition form on the Global Warming Petition Project site and learn more about the project on their FAQ page.

Politicians and climate-change activists promote the statistic that over 97% of scientists agree with the theory of climate change as if science is a popularity contest in which consensus is more important than discoveries backed up by evidence from repeatable experimentation. This does a great disservice to the real, dedicated scientists who seek to question, observe, and explore the world and to understand phenomena through the results of rigorous experiments.