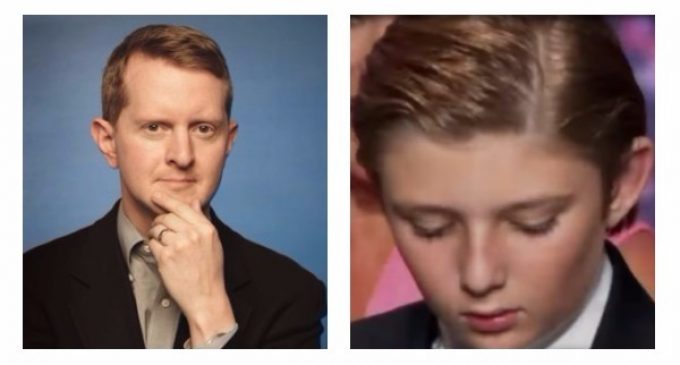 Attacks against Donald Trump — however vile — should be expected. After all, the militant left knows no boundaries when it comes to attacking the opposition. But now Barron Trump is coming under attack, and sadly, this isn't the first time.

The youngest Trump was first attacked by an SNL writer who called Barron “this country's first homeschool shooter” on inauguration day. Another liberal comedienne, Rosie O'Donnel, once openly questioned if Barron was autistic.

But the most gruesome attack against Barron wasn't meant for him at all — it was meant for his father. When Kathy Griffin posed with a decapitated and bloodied depiction of Donald Trump, it wasn't the president who was most disturbed, it was Barron, who reportedly screamed and thought the photo was real.

Griffin's photo was met with near-universal condemnation, but that didn't stop author Ken Jennings from attacking the grief-stricken child.

See what he said about Barron Trump's trauma on the next page: