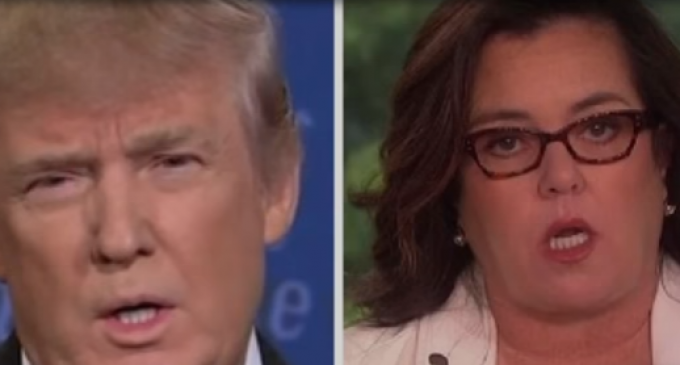 When it come to politics and using the Internet to attack politicians there are some places you really don't go. So naturally, now that Donald Trump is in office, the left is skipping the metaphorical foreplay and going right for the cheap shots. While many are still questioning why Rosie O'Donnell is even considered to be a celebrity, she's wasted no time in exercising that large hole in her face that she calls a mouth by claiming that Trump's son is autistic.

After making herself look like an idiot, she's tried to change her stance on the topic by claiming to champion Baron's cause and brining attention to autism because her daughter has autism. In her Tweet she called it an “amazing opportunity to bring attention to the AUTISM epidemic.”

Is it Rosie? Or is it just another opportunity for you to bring attention to yourself and fight the sheet of irrelevance that seems to have folded over your career? Naturally, many social media users weren't too happy about Rosie's comments.