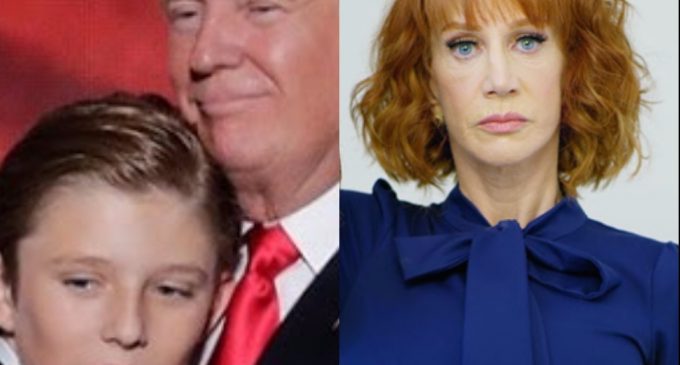 Barron Trump was reportedly sitting at home with his mother when the despicable excuse of a former D-list has-been Kathy Griffin’s face appeared on the screen. On a normal day that would have been traumatic enough for any young child but yesterday marked a whole new level of repulsion. Kathy Griffin shared a photo of herself holding a bloody, decapitated mannequin head in the image of President Trump.

Gone are the days of decency when the nation could agree that the president’s children ought to be protected from bullying and psychological scarring.

Take a look at what happened to Donald Trump's son, Barron on the next page: