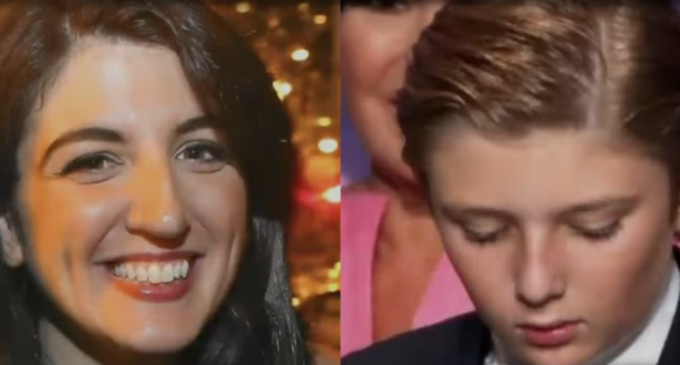 It was only a matter of time before Barron Trump got attacked by the mainstream media.  The youngest Trump may be only 10 years old, but that hasn’t stopped two liberal writers from blasting the young member of the first family. It seems anyone with the “Trump” last name is somehow open for attack.

Barron’s siblings have already learned this lesson the hard way. Even Tiffany, who has spent much of the last year outside of the public eye, has been hit with a barrage of attacks following her father’s stunning victory last November. Just last week, her friend and actress Abigail Breslin told those harassing Tiffany to “reevaluate” their lives and leave her friend alone.

Barron, who is thirteen years younger than his next-youngest sister, has mostly avoided criticism — and for good reason. It has long been tradition to leave family members out of political fights, particularly when they are young.

But his year put an end to many political traditions, and this rule is no exception.

See what was written about Barron Trump on the next page: